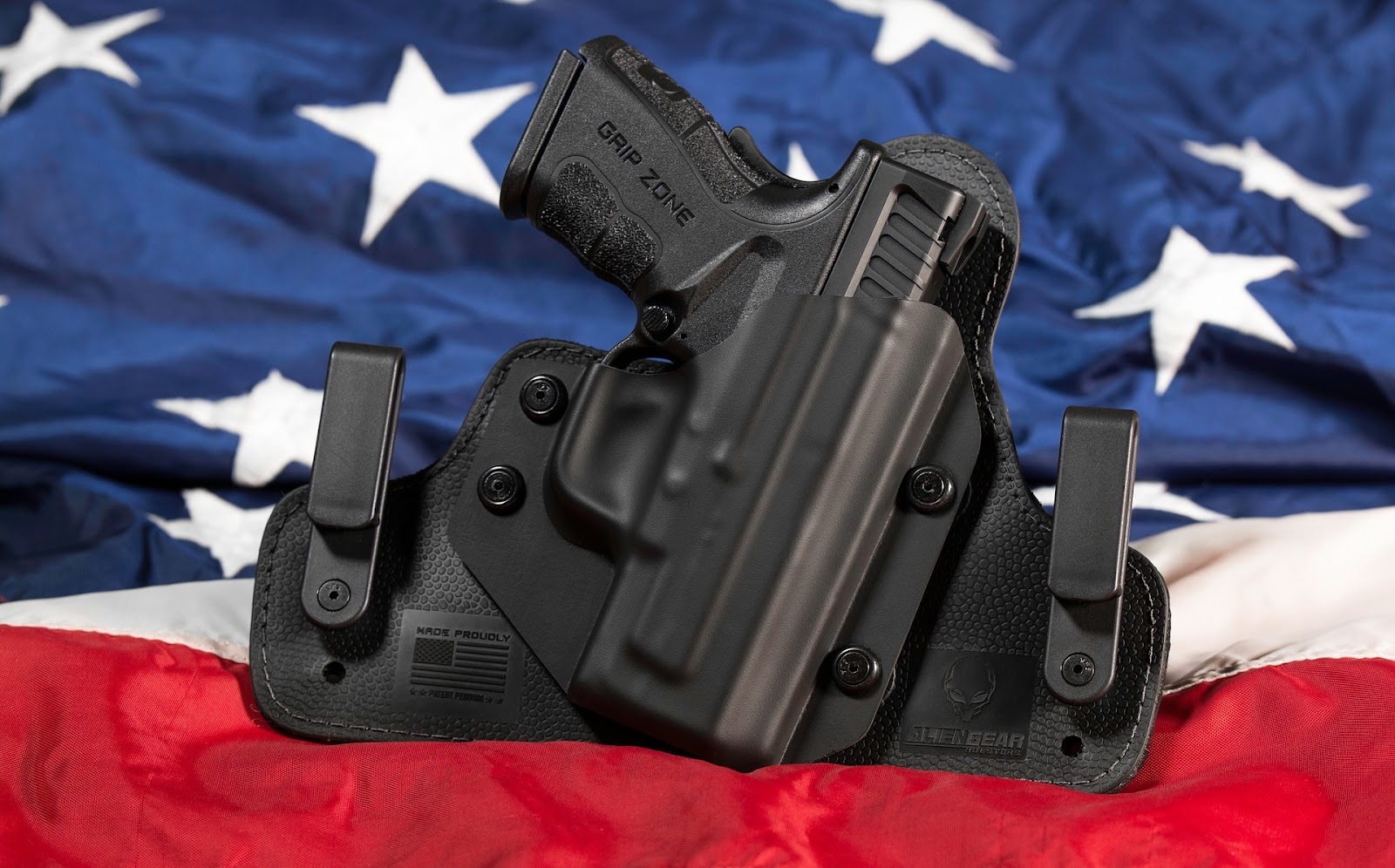 Alaska's approach to open carry gun laws is more lenient than other states in the United States. Generally, individuals who are legally allowed to possess firearms are permitted to carry them openly in public.

It is comparatively easy to get necessary permits concerning firearms in Alaska. Although there are some reasonable restrictions on the use of weapons in the state, some would still call Alaska's gun laws as comparatively non-restrictive.

Alaska restricts the open carry of weapons in specific locations. Certain prohibitions exist on the use of some ammunition and firearms. Let’s discuss further to fully answer the question, “is open carry legal in Alaska?”

Who Can Have Guns In Alaska?

As stated by Federal law, anyone who has a criminal history such as felons, individuals who were domestic abusers, and those with mental illness are not legally allowed to possess weapons.

However, in Alaska, these prohibitions aren't followed, as is the case in some states. Only those who are felon convicts are prohibited by state laws to possess any concealable firearm, e.g., handguns. Although, if ten years have passed from the date of the person's violation until the day the state gives them unconditional discharge, this prohibition no longer applies. Another requirement for this exception is if the crime isn't against another person.

Last 2010, the state of Alaska voided the law prohibiting the possession of firearms of individuals who are under the influence of alcohol and controlled substances. Even if one is drunk, they may still bring their guns with them.

Alaska's state laws do not have any provision on the prohibition of the purchase and possession of firearms of the following individuals:

Anyone else who does not belong to the category of individuals mentioned above and is of legal age is legally allowed to purchase and possess firearms.

Get Your Concealed Carry Weapon Permit Online in Minutes

Any individual under the age of 16 who is still under parental authority is not allowed to open-carry in the state of Alaska. This law conflicts with Federal laws stating 18 years old is the minimum age required for anyone to purchase and possess firearms. 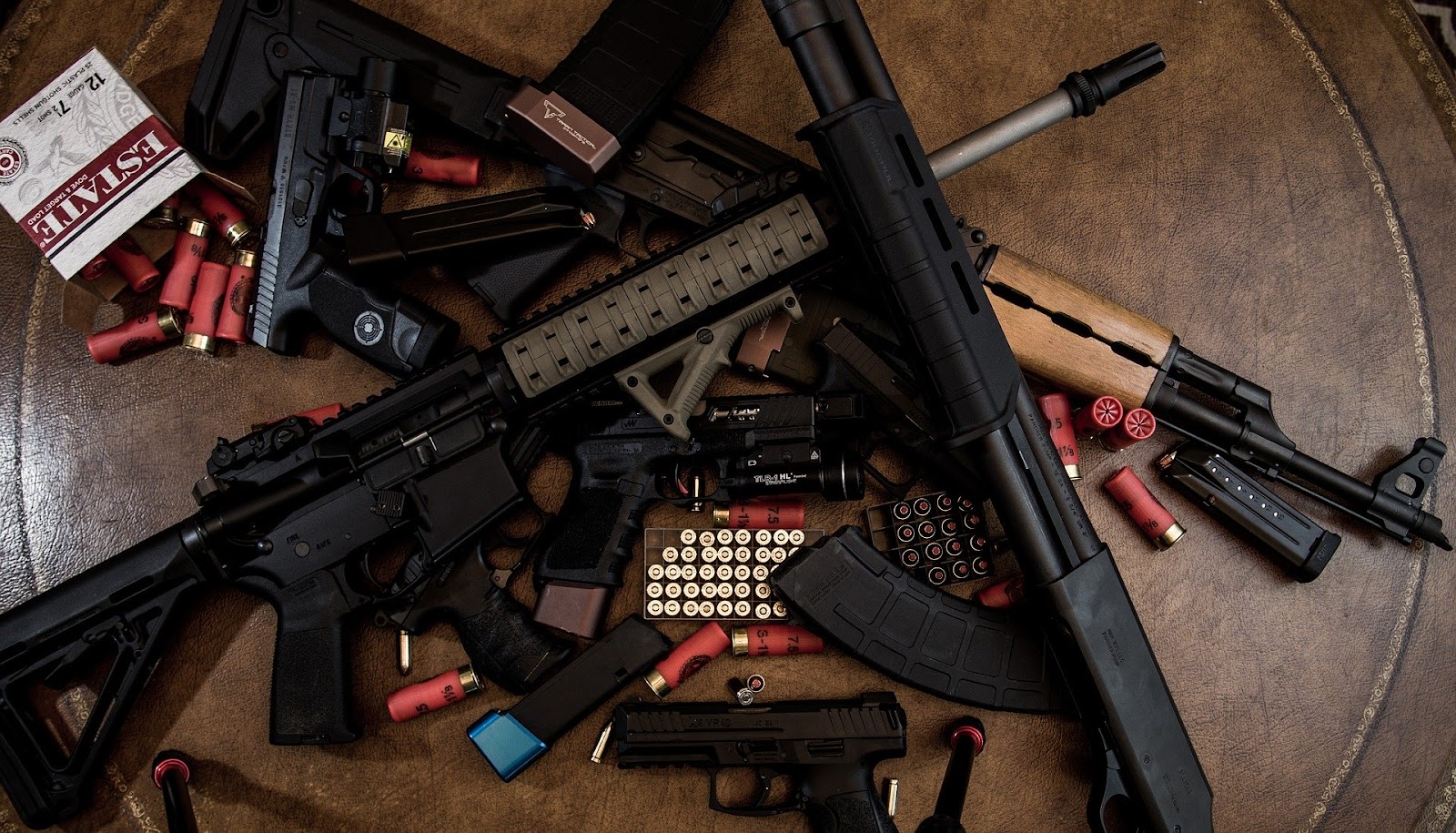 Purchase And Possession Of Firearms In Alaska

When purchasing a gun in Alaska, permits and other papers are not a requirement. As long as you are of legal age and do not belong to individuals with prohibitions, you may go to any gun store in Alaska and purchase a firearm.

However, state laws dictate that knowingly selling any firearms to individuals below the age of 18 is not allowed.

Private gun purchases will not undergo background checks. Although all the prohibitions, including the minimum age to purchase and possess, still applies. You should keep a copy of your receipt from the seller as proof of purchase.

Once you purchase the firearm, you do not have to adhere to a waiting period. You may have the purchased gun upon the completion of the sale. Once you have the weapon, Alaska state laws do not require you to have it registered.

If you already have a permit to carry a concealed weapon, you do not have to secure another license if you want to purchase another firearm. Make sure your concealed carry permit is marked NICS-Exempt.

Purchase and Sale of Trafficked Guns In Alaska

The state of Alaska does not penalize the following:

Where Can You Open Carry In Alaska?

The open carry law in Alaska does not mention any restrictions regarding openly carrying weapons anywhere; this means it is legal to carry firearms in any place in Alaska openly. However, the minimum age restriction still applies.

You are allowed to carry firearms in vehicles if you are 21 and above. Individuals 16 years old and above may transport firearms in cars without a permit, provided that they conceal the weapon securely in a compartment that is not easily accessible to the driver and its passengers. Unloading the gun is a requirement too.

If you enter a property and the owner requests you leave their premises, you are required by law to comply.

Under state laws, you are allowed to open carry in Alaska inside your vehicle provided that you inform uniformed personnel should they stop you for inspection and other legal requests.

If you plan to go to places with a concealed weapon, you are required by law to secure a permit to conceal carry. However, having a license doesn't mean you can go anywhere as you'd like. There are restrictions in locations where you are allowed to visit. These locations where you're not allowed to carry are the following even with a permit: 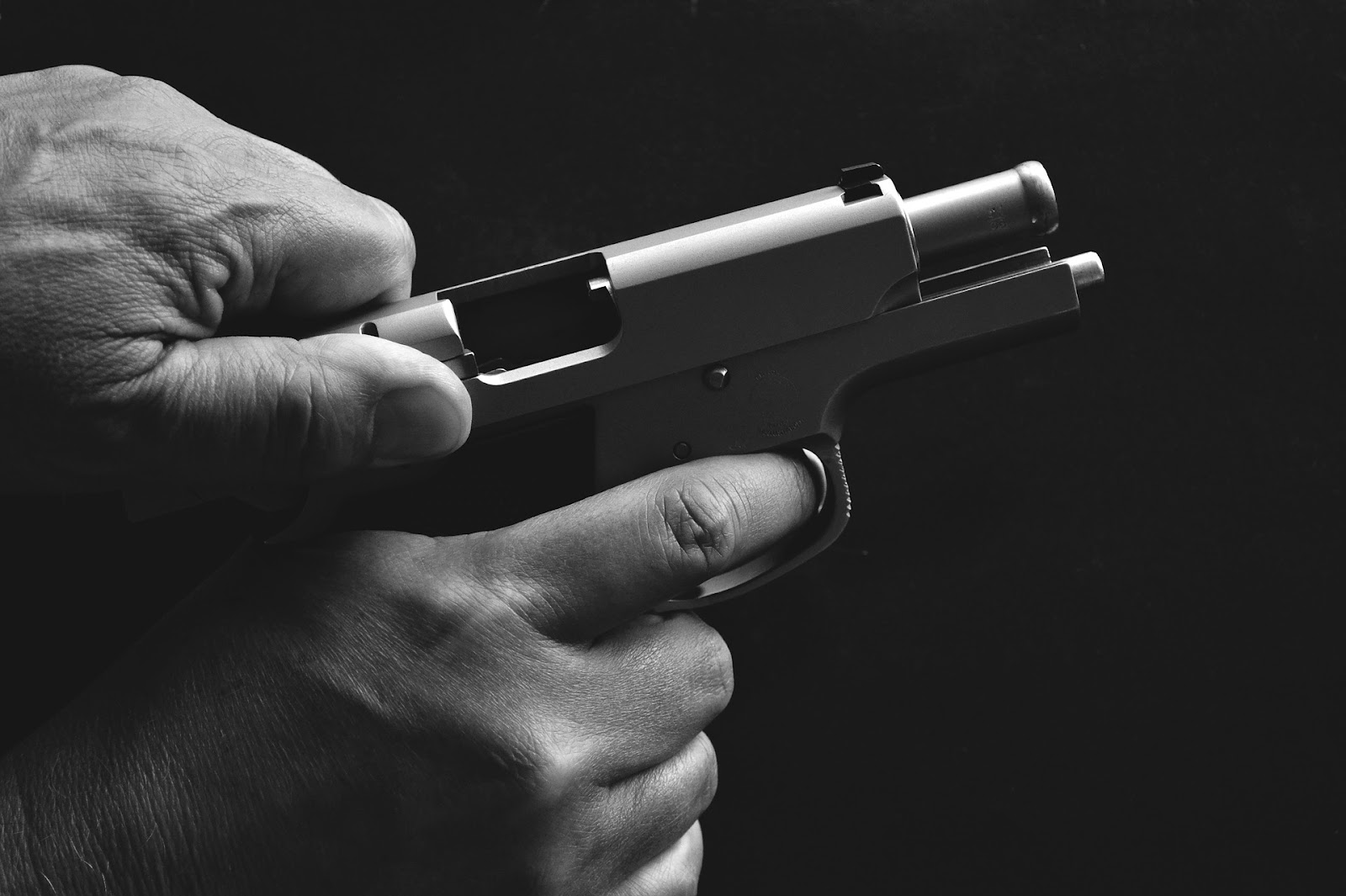 The state of Alaska does not have any law that restricts the use of the following:

If a "prohibited weapon" is registered under the National Firearms Act, then it is legal to possess them provided that the manufacturing date of the weapon is before May 19, 1986.

Ammunition laws in the state of Alaska are also more lenient than most countries.

It is not required to acquire a license to sell ammunition. Sellers aren't required to keep a list of customers who purchased ammunition from their stores too. 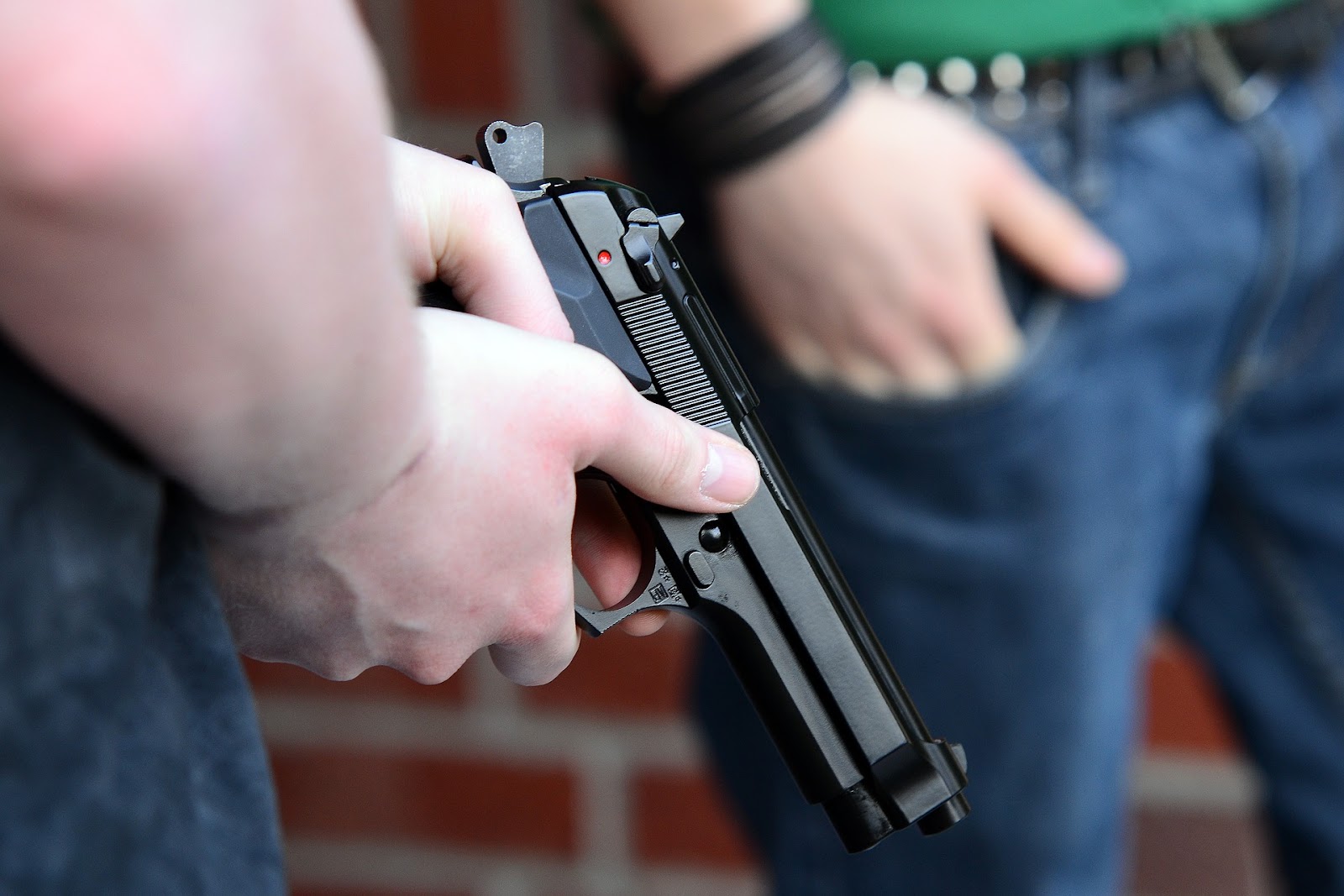 Other Gun-Carrying Laws In Alaska

Immunity Of The Gun Industry In Alaska

Individuals who give gun-related training and seminars with permits are not liable for any misconduct their trainees do in the real world. If there are legal consequences of any harm or damage done by the trainee, they will solely bear the responsibility.

An individual will also not be liable for any damage caused by the storage of a gun in someone else's vehicle.

Legal Implications of Altering A Gun

The state of Alaska has laws that penalize individuals who destroy, alters, removes, and covers the serial number of a gun. Especially with the intent of making the weapon unrecognizable and untraceable. This law will help the justice system accurately find firearms used on crime scenes and other justice-related activities.

Anyone who possesses a firearm with its serial number destroyed, altered, removed, and covered will also receive penalties. Penalties will only apply if the individual who possesses the gun had prior knowledge of the illegal act.

Is It Legal To Open Carry In Alaska If You’re A Visitor?

You can visit Alaska and carry firearms if you already secured a permit to do so from your state. Make sure you belong to the states with licenses Alaska honors:

Is Alaska an open carry state? Do they honor “stand your ground” rules?

Yes, Alaska is a Castle Doctrine state and has a "stand your ground" law. This law, however, applies when you do not do something outside what is legal in the state's statutes. It is not a requirement to retreat from a threat, especially when you are defending yourself. An individual is allowed to use force and is presumed to be legal when it is in self-defense.