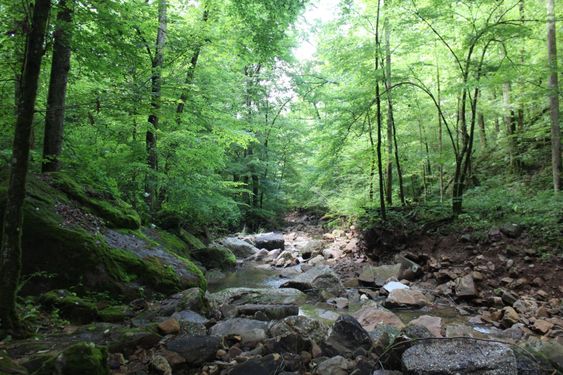 In the northeastern part of the American state of Alabama, two miles north of the village of Grove Oak, Buck’s Pocket State Park, a publicly administered leisure area, is situated on Sand Mountain.

Its area is 2,000 acres around South Sauty Creek, an upstream branch on the eastern edge of Guntersville Lake, which surrounds a natural enclave of the Appalachian Mountains.

The park includes Point Rock, where the untamed, apparently rocky environment is visible from the summit. In 1966, the Tri-County Park Authority was founded by the Sand Mountain Booster’s Club in response to budget cuts at Buck’s Pocket State Park, which was then open. The farmer who previously owned the land sold it to the park authority.

The campsite was reopened in June 2020 after being closed for four years.

The existence of sizeable deer herds, the story of a buck who perished after falling off Point Rock as a result of being captured by the Cherokee, and a gentleman named Buck Berry who used the region as a means of evading conscription during our Civil War are thought to have contributed to the name.

According to a traditional legend, failed Alabama politicians who lost elections would vacation to Buck’s Pocket. It is up to the reader’s discretion when they travel and what they do while they are there. The park has 10 miles of hiking trails and picturesque views from the Point Rock lookout. Besides the view from the canyon lip, the park’s picnic area has an astounding view of the canyon.

There is a boat ramp and fishing spot at Morgan’s Cove near the park.