Our Top Picks For AIWB Holsters

Reviews Of The Appendix IWB Holsters From Our Research 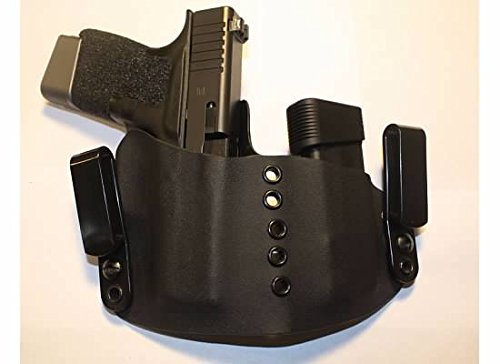 The APS holster was designed with the input of military and law enforcement veterans with the brief that the holster should be tuckable and suitable for IWB and competition carry. To enhance the EDC value, the holster was also equipped with a magazine pouch.

The Kydex design is made to fit a broad range of popular auto-pistols from Glocks to Sig Sauer and even CZ’s. The ride height of the holster can be adjusted by playing with the two clips’ positions. This clip adjustment design offers quite a lot of leeway with regard to ride adjustment. A big plus with this holster is that it covers the trigger guard completely which is important for a holster that sits close to the endzone.

In general, the holster is thin and sits very snuggly inside the waist, and is really comfortable. The retention is very good but it is not adjustable. The APS holster is a simple design, probably the military and law enforcement influence and I could not find anything potentially wrong with it. It’s not the cheapest appendix holster on the market but it certainly is one of the best. If you can handle a bit of extra size to accommodate a spare magazine, then the APS is a fantastic option. 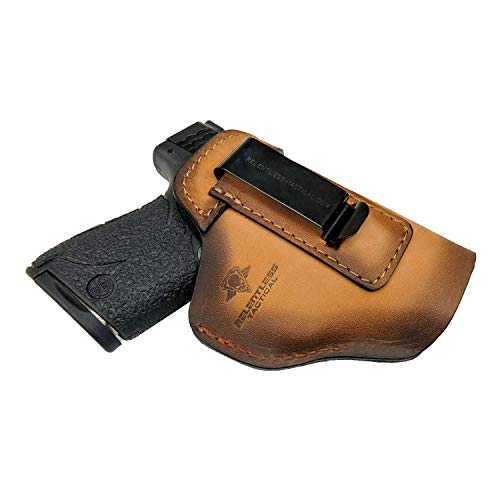 The Relentless leather holster is a well-constructed and durable hand-made design that is offered in three different colors. It is made for the S&W M&P shield and most of the Glock pistols as well as all guns of similar size.

With the S&W in particular, it covers the entire trigger guard and magazine release which is a plus. It’s uncertain as to whether it will provide the same total coverage for all similar-sized guns.

The holster comes with a lifetime warranty and the steel clip provides a very strong hold on your belt. As far as leather holsters go, the Relentless is of superior quality for its price. The ride height is quite low but this is good for concealed appendix carry.

The only thing that a potential buyer should take note of is that with holsters that claim to fit certain pistols and any other gun of similar size, this can mean that it’s a great fit for some guns and only an ok fit for others. 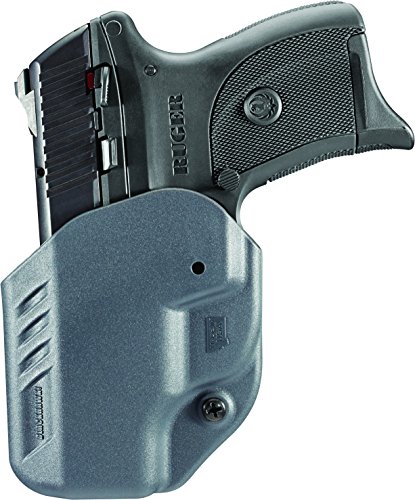 The Blackhawk is an ambidextrous Kydex holster that is molded for the S&W M&P Shield, most Glocks, and the Springfield XDS.

The cant and ride height can be adjusted by using the holster’s two clips and the clips can be used with belts of 1.5 to 1.75-inches in height. The retention can be adjusted with a screw and because the holster does not have a sweat guard, it can accommodate guns with rear- mounted red dot sights.

The one drawback to the ambidextrous design is that it does not have the extra material on the side of the holster that sits against your skin. The extra material is not only a sweat guard but it also makes re-holstering easier. 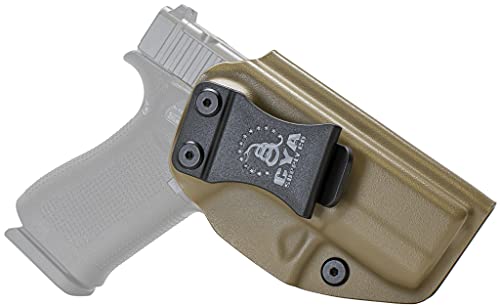 The CYA holster is one of the better affordable appendix holsters and is molded specifically for most concealed-carry-sized auto pistols.

The clip allows for an adjustable cant, up to fifteen degrees, and the retention can also be adjusted. It’s lightweight and very comfortable to wear. One consideration when choosing the CYA is that the clip is designed for belts of 1.5-inches in height and not up to the usual 1.75-inches. 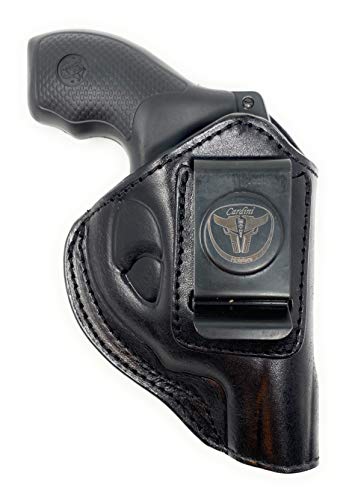 The Cardini holster is designed specifically for J-frame revolvers and the Ruger LCR. The leather is hand-stitched and the holster has double stitching where it needs it. The Cardini also offers the holster in eight different color combinations.

The holster has a very solid clip that keeps it firmly on the belt and prevents unwanted movement. The position of the clip also means that your gun will ride slightly high on the belt. The holster has a good sweat guard and most importantly for appendix carry- the trigger guard is completely covered.

With a little bit of breaking in, the holster fits J-frames very well with just the right amount of retention but also allows for a quick draw. The only potential drawback to a leather holster with one fixed clip is that the ride height and retention is not adjustable.

Appendix IWB or AIWB has been gaining popularity as a carry style with concealed carry advocates for some time now. The appendix style involves the positioning of the gun at the front of your belly in roughly the 1 o’clock position.

Our top picks cover Kydex and leather options as well as a slightly larger holster that incorporates a magazine pouch. We have also selected a few holsters that are super thin and light for people that value those features above all others.

If you are new to the idea of appendix carry then you have come to the right place. Between our top choices, you should be able to get yourself a good appendix holster that can enable you to try the carry style for yourself. Who knows, maybe it will become your primary carry style.

Before appendix carry enjoyed a resurgence, it had been deemed to be unsafe by many in the gun world. The style of carry is as old as guns themselves but a psychological fear has impacted the way people think about it.

The kneejerk objection is that you could accidentally shoot your Johnson. Worse still, if your gun is angled slightly, you could shoot your femoral artery.

A counterargument is that shooters who are unsafe and do not practice sensible training methods are at risk of accidental discharges no matter how they carry their guns. With the correct holster, specifically one that completely covers the trigger guard, this risk should be eliminated.

Others might say that the only potential danger is when you are re-holstering, but this affects any carry style and can be avoided by using a DA/SA pistol that has a manual safety.

The main drawback is determined by the size of your gun and your body shape. When you have a gun position at the front of your pants, it can be uncomfortable when sitting down for long periods or bending down. Naturally, driving could also be uncomfortable.

These potential problems can be addressed by simply using the right holster for you. This would mean trying out a few different AIWB holsters until you find the one that sits right. Worst case scenario, you may also need to reconsider the type of gun that you carry when using the appendix style.

Appendix Holsters Have Their Place

Why do people like the appendix carry style? There is obviously something to it, otherwise, no one would carry appendix. Firstly, appendix carry enables you to draw a bit faster compared to the traditional side position or just behind the side.

A second benefit is that it is much harder for an assailant to grab at your gun when it’s positioned at the front of your abdomen. A third benefit is that with most clothing, particularly light clothing, concealing a full-size gun is much easier when it’s at your front and is less likely to print.

So there are the arguments in favor of the appendix. It’s faster on the draw, retention is better, and it’s easier to conceal bigger guns in summer clothing. If you practice correctly with your appendix rig and you have a suitable gun, then you should be able to enjoy all of the advantages of this style of carry and eliminate any possible disadvantages.

Whether you like the feel of good quality leather or you favor the perfect gun fit of a Kydex or plastic holster, the above holsters should be a great starting point for anyone wanting to experiment with AIWB carry.

These options are designed for safety and address any concerns that anti-AIWB advocates may have.