Alabama’s open carry gun laws are a bit more relaxed than most states in the U.S. For most adults, carrying a weapon out in the open without a permit is allowed.

In 2013, Alabama enforced a law that does not inhibit the carrying of a handgun safely in a holster. In some states, the act of openly carrying guns is a disorderly conduct

However, there are still restrictions on carrying guns in Alabama open carry or otherwise. The state has imposed reasonable limitations on who can open carry weapons and where open carry is allowed.

For one, open carry in Alabama is only allowed as long as the weapon is safe in a secure holster which an individual should wear on the following:

Keep these prohibitions in mind to stay out of legal trouble in the state of Alabama.

Purchase and Possession of Handguns in Alabama

As mentioned, Alabama’s gun laws are lenient. If you’re asking yourself, “is open carry legal in Alabama”, the answer is yes. The purchase of handguns of Alabama can be made by anyone who is of legal age (18 years old) and does not belong to the list of individuals prohibited to own one.

The state also does not require background checks for individuals who have the intent of purchasing a handgun. It is advisable to keep the original copy of your receipt to prove ownership of your gun; a copy of the receipt will also come in handy.

One does not need to register their handgun after purchasing, and there is no waiting period before one can possess their recently purchased gun in Alabama.

Anyone who is 18 years old and above is allowed to open carry in Alabama.

Below is a list of criteria for which you would not be allowed to own or operate guns of any kind.

Who Are Not Allowed To Own Guns In Alabama?

While the answer to the question, “is it legal to open carry in Alabama?” is a resounding yes, they still have prohibitions as to who can possess guns.

It is illegal for one to have guns in Alabama if:

Who Can Apply For Open Carry Guns In Alabama

Since open carry law in Alabama requires no permits for anyone above 18 years old, there are no application processes in place.

Where Can You Open Carry In Alabama?

Only law enforcers on duty and other authorized officials are allowed to carry weapons anywhere. Otherwise, you need to follow the location restriction in carrying guns publicly in Alabama.

What Are The Prohibitions on The Types of Firearms In Alabama?

Other Gun-Carrying Related Laws In Alabama

Contrary to popular belief, an individual legally carrying a gun is not required by law to disclose to or notify an officer that you’re carrying a concealed weapon.

Ammunition restrictions are in place. As mentioned above, bullets that can penetrate bullet-proof vests are prohibited. However, ammunitions that expand upon impact are allowed even if they are Teflon-covered steel or brass bullets.

State laws in Alabama supersede local laws concerning handgun purchase and possession. Local authorities, however, are allowed to regulate the discharge of firearms and levy taxes through the passing of ordinances.

It is not a crime in the state statutes of Alabama if you carry a gun in areas with “no weapons allowed” signs.

Is Alabama an open carry state? Do they honor “stand your ground” rules?

Yes. However, standing your ground applies if you are not doing something illegal and are in the right place and have the right to do so. You are not required to retreat from a threat since Alabama is a Castle Doctrine state. One may use force when it is legal and necessary to prevent an imminent threat to one’s life. It is presumed legal as long as the individual is acting in self-defense.

Can You Have A Loaded Gun In A Vehicle in Alabama?

Yes, one may carry a concealed and loaded firearm inside a vehicle in Alabama as long as they can show a pistol permit issued by the state.

If you haven’t been able to secure a permit, your firearm must be unloaded and securely stored in a locked compartment that is not easily accessible to the driver or any of the passengers inside the vehicle. 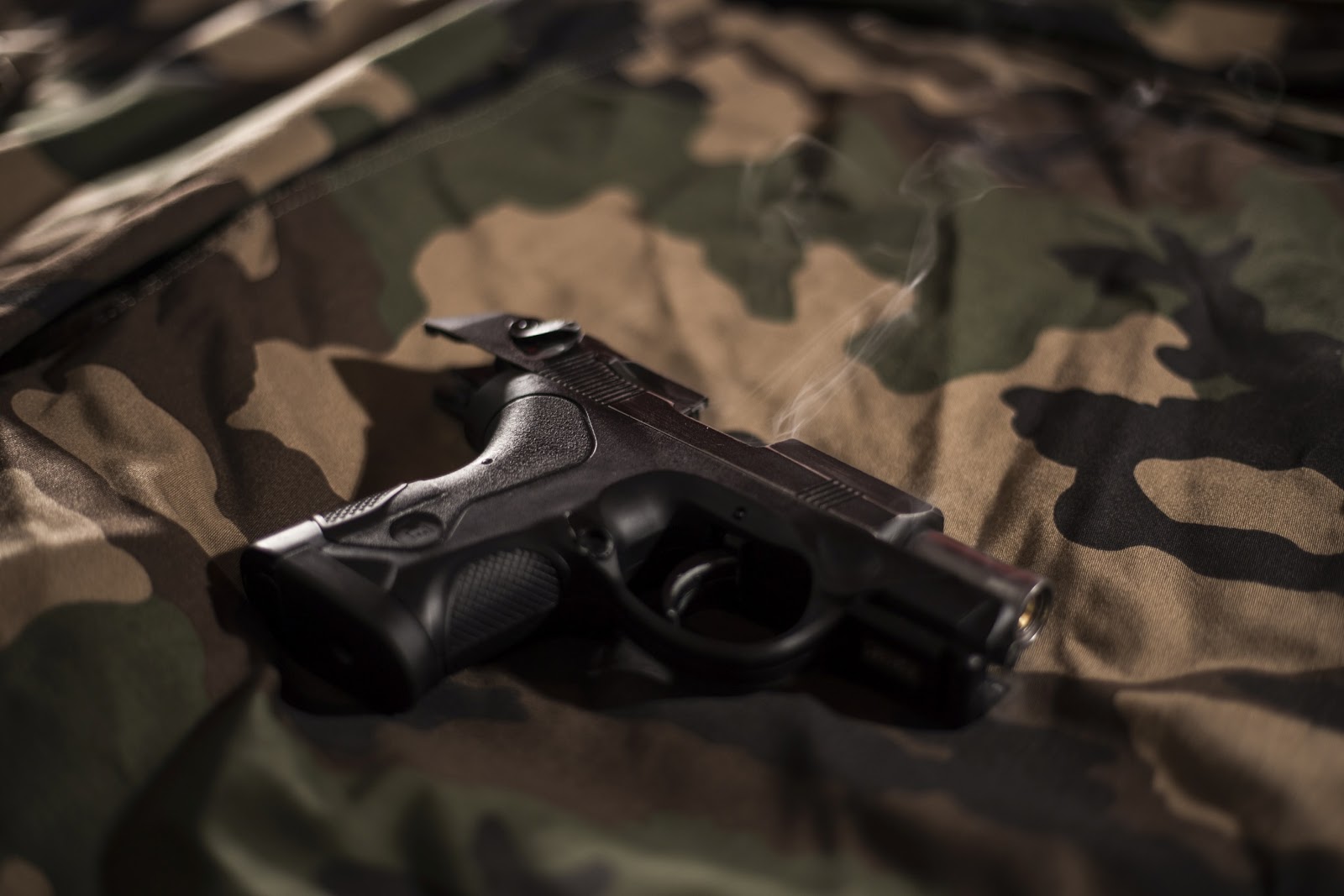 Can I Shoot A Gun In My Backyard In Alabama?

The closest law that prohibits one from firing in their backyard is in the Alabama Department of Conservation and Natural Resources Administrative Code, Chapter 220–2-.139, which specifies that one shall “not hunt or attempt to hunt within 100 yards of any dwelling belonging to another”.

It also states that “it shall be unlawful for any person to discharge a firearm while hunting in such a manner that any projectile strikes any dwelling or building used for human occupation, whether occupied or not or any commercial vessel, without the permission of the owner or lessee of said dwelling, building or vessel.”

When you open fire, you do not hit a building or any facility that does not belong to you as it is not allowed according to the state-wide law.